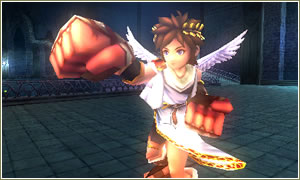 The Brawler Claws in game

The Brawler Claws are a set of Claws in Kid Icarus: Uprising. Unlike the other Claws that have blades on their end, this weapon resembles a closed fist. This makes the Brawler Claws lightweight and faster, but they have a short range and their ranged attacks are weak.

Not only do these claws grant faster movement than any other weapon, they make you look like the king of the ring! While their other attributes aren't as cool as their speed boost, you can't deny the coolness of two-fist punching action.