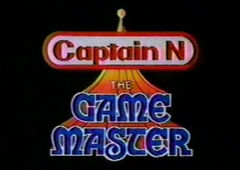 Captain N: The Game Master was a cartoon series running from 1989 through 1991 created by DiC Entertainment. It was based on a character called Captain N created for a Nintendo Power magazine article, eventually being picked up as a cartoon by Nintendo itself. The series was actually quite popular during its run and acted as a "commercial" for many video game franchises, having a large cast of memorable heroes and villains. In addition to Pit himself (who actually went by the name Kid Icarus), the series included other video game stars in the cast such as Megaman from the Megaman series, Simon Belmont from the Castlevania series, and Link from the Legend of Zelda series among many others. Despite its awkward portrayal of Pit, Captain N: The Game Master is said to be one of the biggest contributors to his popularity and following. 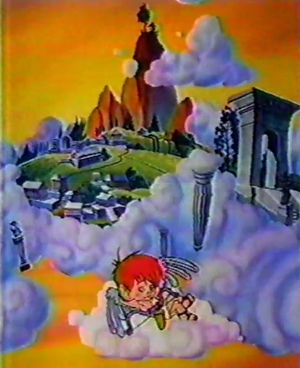 The world of Kid Icarus, Icarus Land as depicted in Captain N.

There were a total of 34 episodes which ran for three seasons. Below is a listing of all episodes in the series.