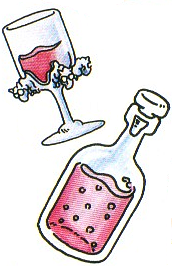 Water of Life is an important commodity in Angel Land, as it can recover Pit's life. It's found in different quantities, sometimes during Pit's journeys (never in Fortresses), but also in stores. The Drink of the Gods in Kid Icarus: Uprising fulfills a similar function. 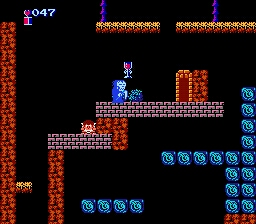 A Chalice in game

Chalices are common and can be found floating in certain areas. Picking up a Chalice will recover 7 HP.

Merchants sell Chalices for 210 Hearts. A successful bargain brings this down to 100 and failure will raise it to 400.

These will only kick in once Pit's HP reaches 0, where it will immediately recover 7 HP and save him from death, regardless of any "over-damage"; the Bottle is then consumed. Pit can only carry one Bottle unless he possesses a Water Barrel, which increases his capacity to eight.

Merchants sell bottles for 350 Hearts. A success bargaining drops this to 270, and failure raises this to a prohibitive 760.

Goblets are dropped by enemies and sometimes found in the area itself, they are not sold by merchants. They recover only a small amount of Hit Points.

This item recovers one block of Pit's life and actually returns if Pit picks one up and then enters and exits a chamber.

This item acts like a Chalice when Pit's HP reaches 0, immediately being consumed to recover a block's worth of life and saving him from being defeated. Pit can carry only one unless he also carries a Water Barrel, in which case he can carry eight.