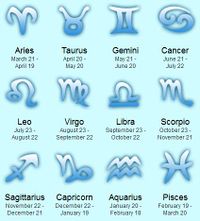 Zodiac Weapons (also called Zodiac Items and Zodiac Powers in the case of the three power items) are special weapons found in Kid Icarus: Uprising. They are often found in even-numbered Chapters (with the exceptions of Chapter 22, which has no item, and Chapter 23, which does) in hidden locations. These weapons are based on the twelve constellations of the Zodiac. The Pisces Heal, Libra Sponge and Aries Armor are powers rather than weapons. These weapons cannot be found or fused until their respective Zodiac Chambers are discovered. Afterwards, a part of the Treasure Hunt unlocks the item.

The Sagittarius Bow can be found near the beginning of Chapter 2 in Dark Lord Gaol's Castle, almost directly before Magnus is encountered. In the hallway leading to the central garden, there is a tapestry covering up a gap in the wall. Pass through the gap to enter the Zodiac Chamber.

The Taurus Arm can be found in the middle of Chapter 4 in the room with the two swinging blades. Fall into the pit holding the two Zuree's and the inactive Clubberskull and face the direction you entered the room from (opposite the Clubberskull). The pit holding the Zodiac chamber glows with a shining holy light to differentiate between the other pits possessing the spike traps.Pass through the door behind you to enter the Zodiac Chamber.

The Gemini Orbitars can be found in Chapter 6. After Dark Pit is fought inside the underground area in the ruined temple, a corridor leading to the Zodiac Chamber will open up in the upper-right corner of the room. You cannot enter the area if Dark Pit is not fought in this location.

The Cancer Claws are found in Chapter 8. In the constellation room, jump up to the first platform and walk counterclockwise all the way to the opposite end. Fall back down behind a group of stars and walk through the door to find the portal.

The Leo Cannon can be found in Chapter 10. When entering the room with the first Guttler, the path to the Zodiac Chamber is visible near the left wall.

The Virgo Palm is found in Chapter 12. Near the end of the path leading to the core of the Reset Bomb factory, head right to find a hidden elevator after fighting the Boom Stomper. The portal is at the bottom.

This absorbing power can be found at the end of Chapter 14, before you fight Phosphora. After taking the elevator, turn around and face the opposite direction. Head to the back of the room, and look to your left to find an electric barrier. Dodge through it to enter the Zodiac Chamber.

While active, the Libra Sponge increases the player's attack power as they take damage, making it risky to use yet highly effective in the right situations.

The Scorpio Staff can be found in Chapter 16. After you get the Aether Ring, advance through the level until you see a hole. Go to the end of screen opposite the green arrow, and fall. You should land near the portal. Contrary to popular belief, this does not require the Aether Ring to access, though it makes doing so far easier.

This Armor ability can be found near the hot springs near the end of the land battle in Chapter 18. Take a left at the hot springs and go through a door to reach it. It significantly reduces damage taken, as well as preventing knockback and status effects (poison, confusion, etc.)

The Capricorn Club can be found in the middle of Chapter 20. Inside of Palutena's Temple, there will be a gate requiring a key. Opposite this gate is hallway with cells. Go to the end cell on your left side, which contains a Skuttler Mage. Press the button lying on the ground to open the door, defeat the Skuttler Mage, and walk towards the back of the cell. The wall turns out to be an illusion that which conceals a small path leading to the Zodiac Chamber.

The Aquarius Blade can be found in the middle of Chapter 23, in the chamber with the various grind rails. After reaching the end of the first grind rail (remembering to switch grind rails mid-way), jump back on and ride it in the opposite direction (without switching grind rails mid-way) to reach the Zodiac Chamber.

This Healing power can be found in the very beginning of the first trial in Chapter 24. Once you get off the first elevator, go down the stairs rather than going up them, defeating the enemies in your path, to reach the Zodiac Chamber. The Pisces Heal heals the player if they take lethal damage while active by the amount of "overkill" damage that would have been taken otherwise; it is best saved until entering Crisis Mode.